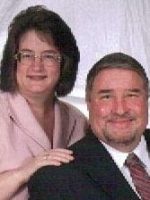 Pastor
662-415-4643
Dr. Gregg Thomas has been the Pastor of Beech Springs Baptist Church since May, 2021.  He was born in Tupelo MS on April 7, 1959, the son of Bro. Horace and Dellynne Thomas. His dad was the pastor of Belden Baptist Church at that time. Bro. Gregg has no siblings.
He grew up in Fulton, MS, where he attended school from first grade through graduation from Itawamba Agricultural High School in 1977. He attended Itawamba Junior (now Community) College and Blue Mountain College.  He graduated from Blue Mountain with a Bachelor’s degree in Biblical Studies.  He attended New Orleans Seminary and Luther Rice Seminary.  He graduated from Luther Rice with a Master of Divinity degree.  He later earned the Doctor of Ministry degree from Luther Rice Seminary.  His doctoral dissertation was on the topic of “Building A Spiritually Renewed Church.”  He also received a diploma from the Billy Graham School of Evangelism.
Bro. Gregg considers Trinity Baptist Church in Fulton as his home church. It was here where he was baptized as a new believer in 1968. He was active in the youth ministry at Trinity having served as the president of the youth group and as Youth Director for the Itawamba Baptist Association when he was in high school.
While in high school and college he was a disc jockey with Power 101 and WTUP in Tupelo.
He is married to his precious wife, the former Karen Chunn of Tupelo.  She is a graduate of Mississippi State with a degree in Accounting and Southwestern Seminary with a Master’s degree in Christian Education. She works for Region IV as a children’s therapist in the South Tippah School District.  He has two children, both of whom were Ole Miss Rebels in their college days. Beth is married to Trent Harmon and they reside in Tupelo where she is the marketing director for Room to Room Furniture and he is the Acquisition Agent for Hunter-Douglas. They are members of Harrisburg Baptist Church. Their two girls, Sophia Grace and Anna Claire, keep their grandaddy young at heart!
Jonathan is married to Misti Credille and they reside in her hometown of Belmont, MS. He is Manager of GNC in Florence, Alabama and Misti teaches Nursing at Itawamba Community College.
Bro. Gregg was called to his first pastorate in 1981.  In the following years he was pastor of churches across Mississippi from the delta to the Alabama line and from Corinth to Gulfport.  His churches ranged from less than 50 people to over 300 in weekly attendance.
His hobbies are golf and reading.  He loves to watch westerns and comedies from the 50s and 60s.  He also enjoys listening to old radio shows.  But his greatest passion is preaching and teaching God’s Word.